Mumbai, February 19, 2019: Dream11, India’s Biggest Sports Gaming platform, announced that it now has more than 5 Crore registered users, which is the highest number on any sports gaming platform in India. The company has more than doubled its user base in a short span of 12 months, from 2 Crore last February to 5 Crore till date. As per a report by Indian Federation of Sports Gaming (IFSG) & AC Nielsen, Dream11 holds almost 90% market share within the Indian fantasy sports industry.

Commenting on this milestone, Harsh Jain, CEO and Co-Founder, Dream11 said, “We are thrilled to have 5 Crore Indian sports fans on our platform. This achievement reaffirms the growth potential of fantasy sports in India, signalling a new era for the Indian sports gaming industry. Backed by strong partnerships across sports genres and robust technology infrastructure, we will continue our efforts to expand our user base and provide the Indian sports fans with a personalised, immersive and engaging experience.” 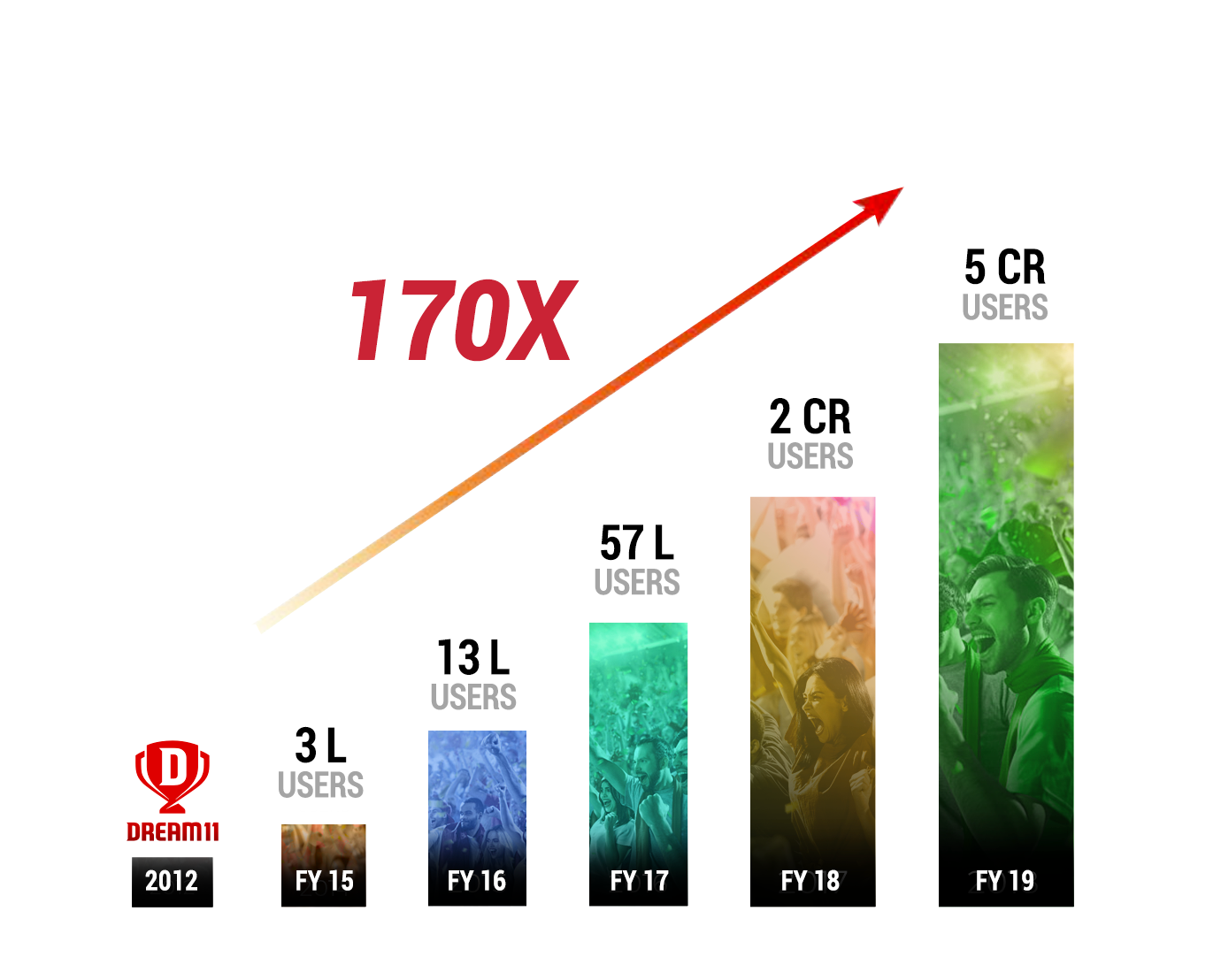 Dream11 is India’s Biggest Sports Gaming platform with 5 Crore+ users playing Fantasy Cricket, Football, Kabaddi, Basketball & Hockey. It is a Game of Skill that offers Indian sports fans a platform to showcase their sports knowledge. Fans can create their own team made up of real-life players from upcoming matches, score points based on their on-field performance and compete with other fans. Dream11 helps sports fans increase their engagement and connect deeper with the sport they love by being a team owner, not just a spectator. Dream11 is the Official Fantasy Game partner of the International Council of Cricket (ICC), VIVO Pro Kabaddi League (PKL), Hero Indian Super League (ISL), National Basketball Association (NBA), Hero Caribbean Premier League (CPL), International Hockey Federation (FIH) and Big Bash League (BBL). A Series D funded company, Dream11 was founded in 2008 by Harsh Jain and Bhavit Sheth and has been ranked #9 among India’s Great Mid-Size Workplaces in 2018. Kalaari Capital, Think Investments, Multiples Equity, Tencent & Steadview Capital are the marquee investors in Dream11.
Log on to www.dream11.com

Get our Apps:  iOS | Android