How sports industry is keeping up with the challenging times

The coronavirus pandemic has caused large scale disruption to the worldwide sporting calendar. 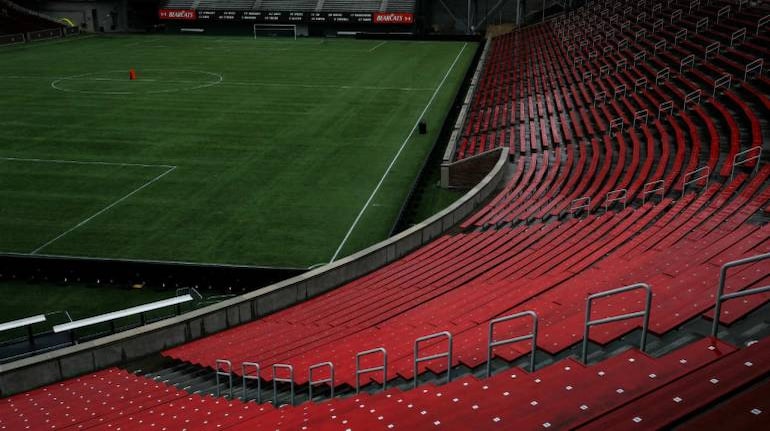 We are experiencing extraordinary times. A third of the world’s population is in lockdown. Most of us are finding ways to adjust to the new norm of staying at home and maintaining social distance.

Thankfully, we can socially engage with our family and friends through the internet and smart devices. People are finding ways to stay positive, at the same time, exercising precaution and keeping themselves updated on the latest developments.

Unfortunately, like most of the industries, the impact of the pandemic on sports is no secret. The coronavirus pandemic has caused large scale disruption to the worldwide sporting calendar perhaps not seen since World War II. All the cancellation news has left both, the sports fans and the sports industry, in a fix.

For avid sports fans, a sports calendar is central to their routine. A lot gets planned around game days and important leagues, be it life events, social gatherings or even travelling across the globe to catch the matches live in a stadium. Currently, their sports calendar looks bare.

Similarly, other stakeholders including the sports federations, broadcasters, OTT and content platforms, athletes have gone back to the drawing board to figure out how to retain some level of business and recall amidst the blackout. The indefinite hiatus of sports has forced the industry to improvise and rethink its strategy toward fan engagement. With no live sports, the lockdown presents an opportunity to explore creative ways of driving digital fan engagement.

The sports industry is trying online gamification of sports to engage with its fan base. For instance, La Liga started a FIFA tournament on the Playstation where one player from each club is competing for an improvised national FIFA championship, with Marco Asensio, Sergi Roberto and Adnan Januzaj among those representing their clubs. Formula 1 launched new F1 Esports Virtual Grand Prix series to enable fans to continue watching Formula 1 races virtually. NBA organized an online 3-on-3 tournament that featured fan-organized teams and they also launched a gameplay tournament between 16 current NBA players, including NBA All-Stars Kevin

Durant of the Brooklyn Nets and Trae Young of the Atlanta Hawks.

Through gamification, sports leagues and associations are able to convert, a mostly passive sports fan base, into an active participant in the sport. They can holistically understand the game and its thrill, keeping them deeply engaged.

Playing up the nostalgia factor

Ramayan has been making headlines for being re-telecasted on Doordarshan and gaining the highest ever rating for a GEC show since 2015. It reinstates the fact that nostalgia factor runs high with consumers, and the sports industry is also playing upon this in lieu of no live content. Sports broadcasters, sports content platforms and OTT players are featuring league round-ups, highlight packages, sports documentaries, and glimpses from the past for fans to relive remarkable sporting moments.

With reruns of iconic leagues and matches like the nail-biting matches between India and Pakistan in particular, featuring the encounters from the World Cup and Asia Cup, telecasted during the primetime, the broadcasters are already gaining high traction of audience viewership in this lull period. They are even curating highlight packages and airing them on their regional group channels to enable a wider reach. These are some of the ways in which sports channels are seeing growth of almost 21% in viewership, despite the absence of any live sporting event.

Recently, sports fans were given complimentary access to NBA League Pass and NFL Game Pass. Through this pass, fans can access full length and condensed replays of all games from the 2019-20 season, as well as an expansive archive of classic games and content.

Quizzes and trivia are a big hit! An essential aspect of the business is retained user interest through interactions. The fantasy sports operators, leagues, and every sport business are trying to sustain that through social media. They are trying to challenge and evoke the fan emotion in them by sharing quick challenges, quizzes, trivia and stories of fans and sports personalities for bite-sized content and engagement.

The National Hockey League has launched two fan engagement initiatives. One initiative is based on fans voting for the “Greatest Moment of the 2019-20 NHL Season…So Far”. And another initiative, “Live NHL Player Q&As”, will offer NHL fans daily interactive experiences via the league’s official Twitter and Instagram channels.

Athletes are also getting in on the act, creating workout videos, tutorials and other lifestyle-focused content across their accounts and those of their leagues/teams. They are also engaging directly with their fans through AMA chats, live videos and so on. MS Dhoni and R Ashwin – among the biggest names in Indian cricket – have facilitated online cricket coaching programmes through their academies. India vice-captain Rohit Sharma hosted a live chat and invited former India cricketer Yuvraj Singh for an informal live chat session with fans, and with Former England batsman Kevin Pietersen in another session.

While sports currently remain suspended in most parts of the world, we could expect the coming weeks to bring along some active sports in select markets declared as pandemic-free. The format of sports, after the resumption, is likely to be indoors or without spectators. The federations and government are ensuring everything is undertaken in a phased manner to gradually reach normalcy within the next 3-6 months. In the meantime, the reliance on digital mediums and fan engagement would grow multi-fold and enhance the holistic sports experience hereon.

Like how the English naturalist, Charles Darwin, famously put forth the statement, “It is not the strongest or the most intelligent who will survive but those who can best manage change.” It is in times of such novel difficulty that we will finally learn how and who will thrive and emerge stronger on the other side of this pandemic.

The author, Prasana Krishnan is the Co-Founder of FanCode, a multi-sports aggregator plarform.